Things to do in and around St Ives

St Ives is at its best in the heat of summer. There’s a great atmosphere as holidaymakers mingle with locals in the cobbled streets and pack out the beaches on steamy summer days. It’s also the time of year when St Ives and the local area comes alive with hot summer events to keep everyone entertained and engaged in the unique character of this part of West Cornwall.

There’s plenty going on throughout the summer months. But for holidaymakers looking to enhance their stay by witnessing or joining some local festivities, here is our pick of the best events in and around St Ives this summer. 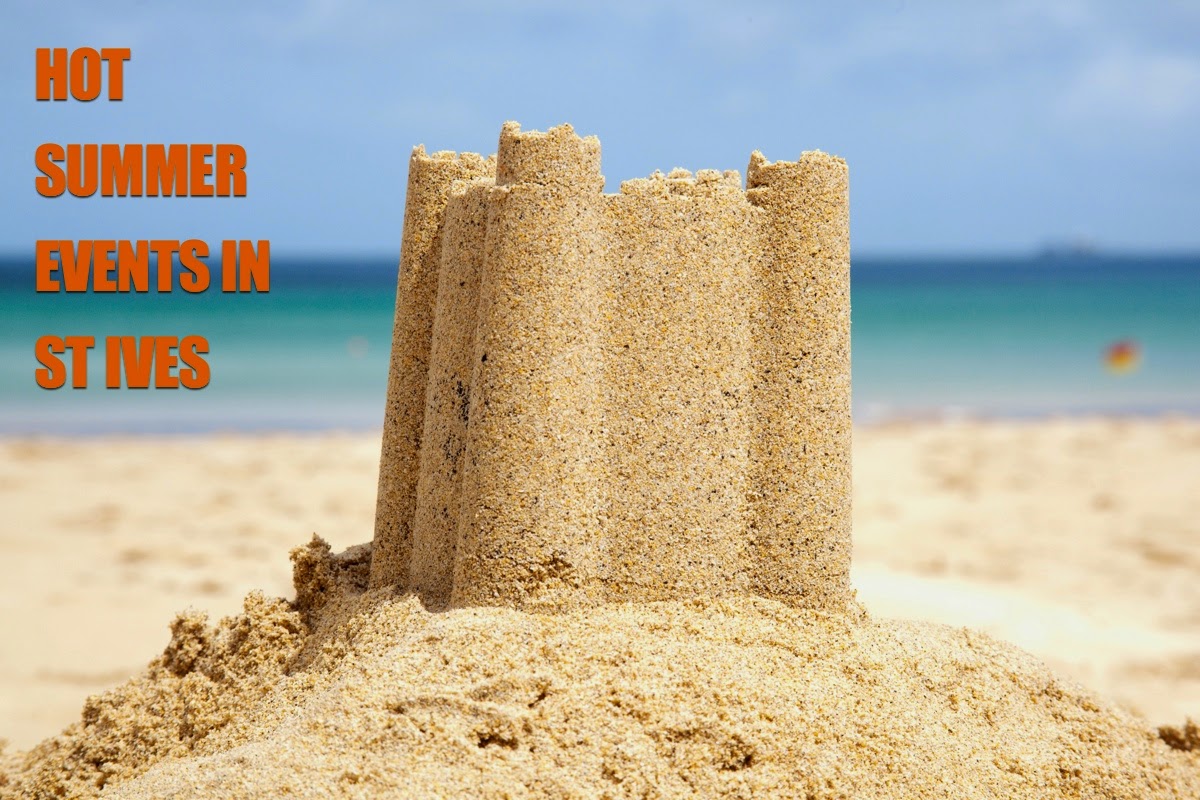 June – Surf Cinema on the Beach

St Ives Surf School is hosting a big screen cinema on Porthmeor Beach in conjunction with Rhythm Clothing. The evening kicks off at around 8pm with free pizza, followed at 9pm by screenings of the latest surf lifestyle films starring Rhythm’s surfers and artists. The chilled-out event is free for anyone to attend and is a chance for locals and visitors to get together for a fun evening of surf infused entertainment.

The Swellboard Shootout on Porthmeor Beach is a fancy dress, charity surfing competition organised by St Ives Surf School (www.stivessurfschool.co.uk). In this fun local event, businesses, friends and families compete as teams of 4 in a tag team contest where competitors are judged on the quality and creativity of their fancy dress, as well as surfing ability and entertainment value. Sponsored by Australian clothing brand ‘Rhythm’, all proceeds from the event will go to Surfers Against Sewage, RNLI and The WaveProject.

This colourful event in nearby Penzance is a community celebration of the traditional Feast of St. John. The festival has a packed programme of artists in celebration of music, performing arts and theatre. Events include a fireworks display on the prom, spectacular parades through the streets and a host of street entertainment.

Teams of rowers will race each other in traditional pilot gig boats in this most Cornish of sports. These 32 feet long rowing boats with six rowers and a cox are based on the original gigs used to take pilots out to sailing ships as they approached the coast of Cornwall. The first pilot aboard the ship got the job, so the gigs evolved into very fast seagoing rowing boats. Today teams from throughout Cornwall regularly race the boats at regattas such as the annual race from Carbis Bay to St Ives Harbour.

Down the road in St Just this annual community event celebrating the arts is a feast for the senses with street performers, stalls, refreshments, bouncy castles and three spectacular processions. The main event is the colourful Lafrowda Day parade and lantern procession through the town on 19 July.

This friendly cycling event starts and finishes at St Ives Lifeboat Station. Organised to raise money for the lifesaving charity, it’s a chance for cyclists of all abilities to get together for a scenic ride around the coast of West Penwith. Spectators can watch as hundreds of cyclists depart through the town and return later in the day for celebrations.

This event is quite a spectacle as hoards of lifeguards and super fit competitors run from the town centre in St Ives to either Porthminster Beach or Carbis Bay and then swim back to the harbour in this annual race. Organised by the St Ives Surf Life Saving Club, the Biathlon is a great challenge which is also open to novices. This exciting local event brings the community together and turns into one big party in the pubs around the harbour.

The annual St Ives raft race is one of the highlights of the summer calendar. This is a fun evening where local people and businesses race the length of the harbour on hand-made rafts while dressed in fancy dress. In a combination of competitive spirit, mischievous fun and mayhem, the whole two explodes into party atmosphere as pirates, mermaids and other costumed teams invade the harbour for a memorable evening.

The St Ives Lifeboat Station will host its annual fun packed open day where visitors get a chance to see the RNLI Lifeboats on display and in action on the water in a joint demonstration with a Search & Rescue helicopter from RNAS Culdrose. The RNLI also organise a BBQ and market stalls selling cakes and local crafts – all to raise money for the charity.

The Guildhall will come alive with a celebration of Cornish beer and cider plus a selection of real ales, beers and ciders from around the UK. Live music will add to the atmosphere for what is always a popular and lively event.

Nearby Newlyn hosts one of the UK’s biggest fish festivals at the end of August. This celebration of all things fishy includes a fish market, cooking demonstrations and the chance to sample the best local fish and seafood, while raising money for the Royal National Mission to Deep Sea Fishermen.

As one of the biggest events of the year in St Ives, the September Festival of music, entertainment, arts and film attracts performers and visitors from far and wide. Visitors can choose from over 300 music concerts, comedy gigs, plays, workshops, gallery visits and other arty events to experience at venues throughout the town during the two-week festival.